Youth and Adolescent Baseball Related Arm Injury: The Sobering Statistics based on the Recent Scientific Data 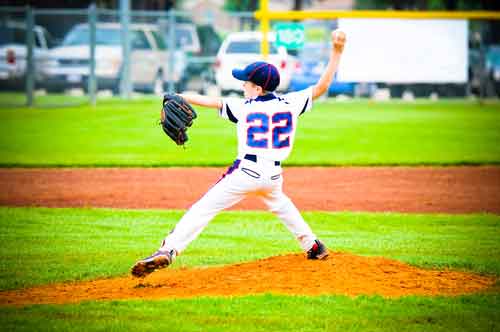 Approximately, 40 million children and adolescence between the ages of 4 and 17 participate in organized baseball throughout the world. Up to 50% of pitchers will develop elbow and/or shoulder pain. Many of these injuries are then commonly seen in physical therapy clinics and orthopedic surgeon’s offices throughout the country.

Despite pitch count rules and guidelines, the incidence of youth injuries and surgeries is rising. The fastest growing segment of elbow surgeries (Tommy John) is in 15 to19 year-olds at 57%, followed by 20 to 24 year-olds at 22% (American Journal of Sports Medicine, 2014). One study showed a 193% increase in the volume of elbow surgery from 2002 to 2011. (American Journal of Sports Medicine, 2016). See comment in PubMed Commons below. Many of the adult throwing injuries seen in the MLB today are being attributed to overuse and injuries suffered as a youth player.

The greatest predictor of arm injury is throwing through fatigue. There is an astounding 36 times increase in arm injury when a pitcher throws while the arm and body are fatigued. (Pitch Smart, MLB 2015).  The coach or parents’ inability to recognize fatigue, playing on multiple teams at the same time and not adhering to stringent pitch counts is the most common reasons for the pitcher throwing through fatigue.

There is a long held belief that breaking pitches (curve ball or slider) lead to arm injury. As it turns out, there are 3 studies that have shown that there is approximately 10% less stress on the elbow with the breaking pitches. (Orthopaedic Journal of Sports Medicine, 2013, American Journal of Sports Medicine, 2009, American Journal of Sports Medicine, 2008). It has been shown that the hard fast ball is the most dangerous pitch. Those who throw the fastball more often increase their risk of arm injuries. MLB pitchers who threw more than 48% fastballs during practice and games had a significantly increased risk of elbow injury, which required surgery (Journal of Shoulder and Elbow Surgery, 2016). Another study showed that See comment in PubMed Commons below the greatest risk of needing elbow surgery in MLB pitchers was the greatest fastball velocity (American Journal of Sports Medicine, 2016). The change up is the safest pitch, producing 5-10% less stress than the breaking pitches. The bottom line should always be to learn to throw strikes first, with less concentration on velocity. At the same time, there needs to be more emphasis on proper development of pitch mechanics and arm control across a variety of speeds, which reduces stress on the arm. Once there is a strong command of the strike zone with the judicious use of the fastball and changeup, a breaking pitch can be added.

In protecting the youth and adolescent baseball player from arm injury, the coach and parent must use a comprehensive approach of; appropriate pitch counts, recognizing pitcher fatigue, understanding proper pitch mechanics, developing the athlete’s physical conditioning, knowing previous injury status, and understanding the player’s overall throwing volume. This comprehensive understanding will give the athlete the best chance to keep the shoulder and elbow healthy throughout his or her baseball career. The coach and parents must be vigilant in protecting their child from the pitching “abuse” which is commonly seen in youth baseball. This is much more than “winning” a baseball game, it’s about the young athlete’s health and safety. Keep in mind that the future MLB draft pick will need durability as much as he will need ability.

Dr. Mishock’s new book will be released soon, “The Rubber Arm: Using science to increase pitch control, improve velocity and prevent elbow and shoulder Injuries.” This can be found at train2playsports.com.

This site uses Akismet to reduce spam. Learn how your comment data is processed.